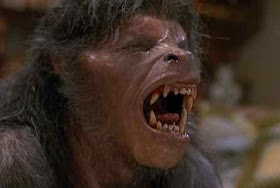 The prosecutors in the Graham Spanier case have lost it.

In a 14-page sentencing memorandum filed May 31, prosecutors in the state Attorney General's office want to punish one of their own cooperating witnesses for memory lapses on the stand. The prosecutors also want to throw former Penn State President Graham Spanier in jail for a lack of remorse.

Why are the prosecutors howling for blood? In their sentencing memorandum, the state attorney general's office blames the actions of bloggers and and the politically incorrect comments of the defenders of the Penn State administrators accused of covering up the sex crimes of Jerry Sandusky. 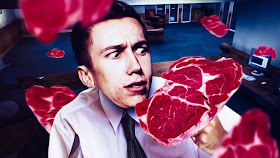 In the sentencing memorandum, the AG's office states that Sandusky's victims have been "sentenced to a lifetime of tortured memories that all victims of child sexual assault carry with them." And that those victims are "haunted regularly by feelings of pain, fear, self-blame, disgust and shame."

"During the dependency of these proceedings, [the victims'] lives have been marred by conspiracy bloggers showing up on their property to harass them, publishing photographs of their automobiles on social media, and revealing their identities," the prosecutors wrote. "The vibrancy and hopefulness of those children before they were molested by Sandusky can never be restored. Physical injuries heal but the emotional scars left behind by sexual abuse last forever."

Are you getting this? The insanity of the Penn State case is so over-the-top that the prosecutors are appealing to the judge to put Spanier in jail [and maybe one of their cooperating witnesses as well] because of the actions of bloggers in the case.

And the politically incorrect words of Spanier's supporters like former Penn State trustee Al Lord, the former CEO of Sallie Mae, who famously declared that he was "running out of sympathy for 35 so-called victims with 7-digit net worth."

In Lord's defense, that's what happens when some 30 so-called victims at Penn State collect $93 million in cash for their alleged pain and suffering. And the university's board of trustees abandon their fiduciary responsibilities by handing out that cash without having any lawyers or psychologists question any of the plaintiffs, to see if they're telling the truth.

Lord subsequently apologized, which is the standard procedure in American society these days for anyone who dares to call into question a sacred cow.

And there are a lot of sacred cows grazing in the pastures of the so-called Penn State sex scandal.

Memo to the attorney general's office: During the Penn State scandal, the mainstream media has abandoned its traditional role as watchdogs, in favor of functioning as cheerleaders and agents actively working behind the scenes on behalf of the prosecution.

That's why we need bloggers on this case. Because the mainstream media can't be trusted.

First of all, as this blog has repeatedly pointed out during the Archdiocese of Philadelphia sex abuse case, any media policy that hangs out to dry the alleged defendants in a criminal case, but protects the identity of the alleged victims in that same case, is blatant discrimination. Such a policy immediately telegraphs to the consumer of news that one party is guilty and the other party in that same contest where guilt or innocence has not yet been determined, is as pure as the driven snow.

It's a titled playing field, and in any sane world, the media would be reexamining that policy. Especially in the light of the so-called "Billy Doe" case, where a former Philadelphia altar boy who claimed he was raped by two Catholic priests and a Catholic school teacher has been revealed to be a complete fraud. 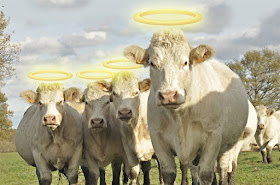 In that case, Joe Walsh, a retired detective who led the Philadelphia district attorney's investigation into the altar boy's allegations, came forward last month to file in court a 12-page affidavit that reveals that the former altar boy, Danny Gallagher, admitted to Walsh that he lied about his original allegations of brutal rape.

Walsh also revealed that he repeatedly grilled Gallagher, and caught him in many lies, none of which were ever reported to the defense. And that when Walsh repeatedly told the prosecutor in the case, former Assistant Mariana Sorensen, that Gallagher wasn't credible, she allegedly replied, "You're killing my case."

But what has been the reaction by the mainstream media to the Walsh bombshell in the case that sent four men to jail for imaginary crimes? The Philadelphia Inquirer, which published 59 Billy Doe got raped stories, has willfully ignored it. As has Rolling Stone, which published a long Billy Doe got raped story by noted fiction writer Sabrina Rubin Erderly, and hasn't gotten around to retracting it. Like they did with Erderly's previous work of fiction about an alleged gang rape at a U-Va frat house that never really happened.

But things at Penn State are even crazier than what happened in Philadelphia with Billy Doe the lying altar boy.

In the case of Billy Doe, whose real name is Danny Gallagher, when he came to court to testify, the former altar boy was identified at two criminal trials by his real name. It was the news media, in a misguided act of self-censorship, that didn't publish Gallagher's real name, but insisted on calling him Billy Doe.

In the Spanier case, however, the judge and lawyers in the case all got in on the act, imposing official censorship on the proceedings, even though the witness in question was a grown man.

The only alleged victim to testify at the Spanier case was Michal Kajak, a 28-year-old previously identified in the Jerry Sandusky case as "Victim No. 5."

In the Spanier case, Kajak was sworn in as a witness behind closed doors in the chambers of Judge John Boccabella. Then, when the witness came out to testify, the judge introduced Kajak to the jury as "John Doe," and the lawyers in the case proceed to question him as John Doe.

While this circus was proceeding, the judge had extra deputies posted around the courtroom, to make sure that no conspiracy bloggers used their cellphone to take photos or videos of the celebrity witness who was getting preferential treatment.

The whole point of John Doe's tissue-soaked trip to the witness stand was to tell the jury that Kajak/John Doe was sexually abused in the Penn State showers after Mike McQueary made his famous visit there.


While extra deputies patrolled the courtroom, the sobbing witness told the jury that he was sexually abused by Jerry Sandusky after the famous Mike McQueary shower incident. But the jury wasn't told what that alleged sex abuse of Kajak/Victim No. 5/John Doe was.

It wasn't rape; Sandusky allegedly soaped the boy up in the shower and may have touched his penis.

The jury also wasn't told that because of the alleged abuse, Kajak collected in a civil settlement $8 million.

But because Kajak was a sacred cow, as certified by the judge in the secrecy and hoopla that accompanied Kajak's trip to the witness stand, the defense lawyers in the case were too intimidated to even ask one question.

Like they would have done with any normal human being who was trying to put their client in jail.

That's how crazy things are in the Penn State case.

In their unhinged sentencing memorandum, the attorney general's office teed off on Graham Spanier for not showing the proper amount of remorse. And quite possibly for repeatedly turning down the plea bargain deal that his former co-defendants, Tim Curley and Gary Schultz took, copping a plea to a first-degree misdemeanor count of endangering the welfare of a child.

The AG's office was also angry at Spanier for daring to take the Commonwealth on in a trial, where he curiously put on no defense.

"To date, Spanier has shown a stunning lack of remorse for his victims," the attorney general writes. "While he has made various expressions of sympathy for Sandusky's victims in his various public statements," the attorney general writes, "those statements have been completely divorced from taking any personal responsibility. Remorse without taking accountability is not remorse."

That's when the prosecutors screamed for blood.

"Nothing short of a sentence that includes a period of jail time would be an appropriate sentence for Graham Spanier," the AG writes. "The only proper sentence for Spanier would be a sentence at the high end of the standard range or aggravated range of the sentencing guidelines," the AG concludes. "There is simply nothing mitigating about the harm he has caused and the nature of his crime."

As far as the sentencing guidelines are concerned, in the mitigated range, Spanier, who has a clean record, was subject to "restorative sanctions," presumably probation and/or fines.

The standard range is up to nine months total confinement. The aggravated range: 12 months.

Spanier, Curley and Schultz are scheduled to be sentenced this afternoon in Dauphin County Court, where frontier justice reigns.

As for former Penn State Athletic Director Tim Curley, the AG wrote, "While Curley deserved credit of taking responsibility for his actions in the form of admitting his guilt, his repeated claims of memory lapses around critical events surrounding this crime was nothing short of bizarre."

"The Commonwealth asserts that the astonishing forgetfulness that Curley demonstrated during his testimony . . . was simply not credible," the AG wrote. The AG states that Curley's forgetfulness "was designed to protect those who deserved to share blame with Curley for the decisions that led to the colossal failure to protect children from Sandusky."

"His 'forgetfulness' also allowed him to save face in a room full of supporters who publicly called this trial a 'witch hunt' and [a] fraudulent prosecution," the AG wrote. "Mr. Curley's memory was markedly more clear in his statement to investigators a mere week before his testimony."

There is no truth but the official truth, the AG's office was saying. As promulgated by us. And since we can't punish the blasphemers, those bloggers and politically incorrect Penn State defenders who dared to speak out, let's take it out on the defendants.

"Thus, Curley needs to be punished in a manner commensurate with his participation in this crime," the AG writes.

As far as former Penn State VP Gary Schultz is concerned, "Schultz should be given credit in terms of his willingness to accept responsibility by virtue of his guilty plea," the AG writes.

In their filing, the AG's office referred derisively to "conspiracy bloggers." One of the most prominent bloggers on the case, John Ziegler, took exception to that characterization.

"The only people who believe in a nonsensical conspiracy here is the prosecution," Ziegler said. " I'm a non-conspiracy person. What they [the prosecution] did is laughable."

"If there was ever any doubt that the prosecution had no case, this filing ended it," Ziegler said. The prosecutors are making "an emotional plea based on lies. They're attacking people who weren't even part of the case."

As far as his own actions are concerned, "I have never gone near Michal Kajak," Ziegler said.

Meanwhile, the AG's office wants to finish their witch hunt.

There's only one remaining question. This afternoon in Dauphin County Court, with the Honorable John Boccabella presiding, whether the witches be burned at the stake. 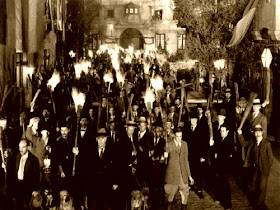