Rufus Is Broke, Under Indictment, And Needs A New Lawyer

Rufus Seth Williams, our corrupt and scandal-plagued district attorney, has a few new problems to contend with.

When we last saw our intrepid D.A. last week, he was pleading not guilty to a 23-count, 50-page federal indictment charging him with bribery, extortion, wire fraud, and honest services fraud. In the indictment, the feds also accused Williams of stealing $20,000 from his own 84-year-old mother.

But, as court papers filed last week reveal, Williams has other problems. The free-spending D.A., who has stubbornly refused to resign from his $175,000 a-year position, is broke and can't afford to hire a lawyer to defend himself. So the court may have to appoint one for him. Because the D.A.'s original criminal lawyer has already flown the coop. And his current lawyer is asking a judge to let him out of the case.

The D.A.'s original criminal lawyer, John J. Pease, a former Assistant U.S. Attorney, was getting paid
by the city of Philadelphia. But ever since Williams was indicted last week, the city can no longer pay for his defense, according to court papers filed last week.

Michael J. Diamondstein, the lawyer who replaced Pease when Williams pleaded not guilty last week, has already filed a motion to withdraw from the case.

In a March 23rd letter to U.S. District Court Judge Paul Diamond, Diamondstein cited the "unique nature and circumstances of this case" that D.A. Williams is charged with.

"Moving forward, I do not believe that I can represent Mr. Williams so long as he is the sitting district attorney," Diamondstein wrote the judge. "Putting aside the issue of whether Mr. Williams can afford to be represented by private counsel, the nature of my criminal practice would make continuing on as counsel to the sitting District attorney of Philadelphia too challenging."

It would also be a conflict of interest.

Williams is free on $50,000 bail. There are several conditions to his continued freedom. He had to surrender his passport and agree to restrict his travel to the Eastern District of Pennsylvania.

Sadly for our beleaguered D.A., who could probably use another free vacation right now, the bail order means no more free trips to Las Vegas, Florida, San Diego or Punta Cana, which, according to the federal indictment, are the D.A.'s favored destinations. Especially when his friends are footing the bills.

As a condition of bail, Williams had to surrender his firearms. He also had to agree that any and all firearms "must be removed from the premises" at his home. He also can't allow any firearms "to be brought into the premises."

The D.A. also had to agree that he would "have no contact with any victims, potential witnesses, or co-defendants in this case with the exception of the friend identified in the indictment as Person No. 2 with whom the defendant shall not discuss the case."

In the indictment, Person No. 2 was referred to as the D.A.'s "girlfriend." The conditions of bail were agreed to on March 22nd by Diamdonstein, on behalf of Williams. 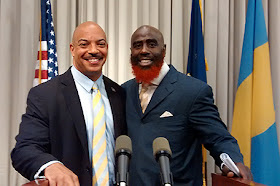 But when he appeared as the D.A.'s lawyer, Diamondstein told the judge, it was just a temporary gig.

"However, as indicated above, I do not expect that I will be able to enter my appearance moving
forward," wrote Diamonstein, who declined comment.

Williams didn't want to advertise his money problems, and how they were impacting his legal problems. So his lawyer tried unsuccessfully to seal the record.

In a motion to seal that accompanied Diamondstein's request to withdraw from the case, the lawyer wrote the "nature of the agreement" between the D.A. and Pease indicated that if "Mr. Williams was charged with a crime that the city would no longer pay Mr. Williams' legal fees."

Williams didn't take Pease's advice. A proposed guilty plea bargain with the feds supposedly came with only a two year prison sentence, fairly light for what the D.A. is accused of. But rather than cut a deal, Williams decided to take his chances going to trial in federal court. Where the feds win 90 percent of the time.

But the D.A., who specializes in hanging other criminals out to dry, preferred to keep his own business under cover.

"Because the factual averments and information contained herein and in the above referenced letter are extremely sensitive and confidential, Mr. Williams respectfully seeks leave of the court to file the same under seal," Diamondstein wrote.

"Here, a sealing order is appropriate as the letter and the within filing deals with Mr. Williams' choice of counsel and the need for confidentiality and secrecy outweigh the public interest in accesss to these particular records," Diamondstein wrote.

"Moreover, the extent of the order sought is narrowly tailored such that any infringement on the common law right of access to judicial records will be no greater than necessary to protect Mr. Williiams' confidential decision," Diamonstein wrote.

But if the D.A. thought he was going to get any breaks from Judge Diamond, he was mistaken.

In an order filed March 24th, the judge denied Diamondstein's request to withdraw from the case as "a frivolous order." As for Diamondstein's motion to seal, the judge wrote that it was  "denied as contrary to law."

According to Diamondstein's motion to seal, the D.A.'s legal problems began on March 21st, when Assistant U.S. Attorney Robert A. Zauzmer "advised that Mr. Williams was going to be indicted forthwith."

In his motion to seal, Diamondstien told the judge that he advised Mr. Zauzmer that "due to a host of issues but not limited to whether Mr. Williams could afford to have privately retained counsel," that  Diamondstein was "not in a position to enter a regular appearance."

On March 24, after his original motion to withdraw from the case was denied by the judge, Diamondstein filed another one. 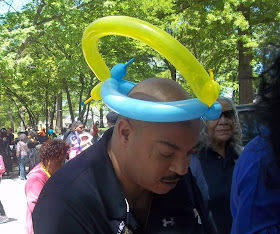 In his latest motion, Diamondstein explained to the judge that because of his late entry into the case, he did not have time to consult an ethics counsel to find out whether he could continue to represent the D.A. while maintaining his criminal practice.

In addition, "Mr. Williams does not have the fianancial ability to retain him for trial in this matter," Diamondstein wrote.

Williams is facing an uphill climb. Judge Diamond, as he has already demonstrated, may be the toughest judge down at the federal courthouse for a criminal defendant to face. In addition, the prosecutor in the case, according to a recent court filing, will be Assistant U.S. Attorney Robert A. Zauzmer, the prosecutor who put away former state Senator Vincent J. Fumo.

Williams may have other legal problems as well. In the federal indictment last week, there were several new disclosures about as-yet unreported gifts that the D.A. has accepted, such as a preowned 1997 Jaguar XK8 convertible worth $4,160.

Williams has already been fined $62,000 by the city's Ethics Board for accepting $175,000 in undeclared gifts and income. But don't be surprised if the city Ethics Board,  armed with new evidence provided by the feds, decides to reopen an investigation into Williams' finances.

The I.R.S. may also be investigating whether Williams paid any income tax on any of the unreported gifts and cash that he was taking in. Going on what we already know about how this guy operates, a safe bet would be no.
bigtrial.net at 12:39 PM
Share