Circus Coming Back To Town: Msgr. Lynn Case To Be Retried

As the legal combatants were filing out of Judge Gwendolyn Bright's courtroom yesterday, Thomas A. Bergstrom, the lawyer for Msgr. William J. Lynn, told the judge he would let her know by Friday whether it's full speed ahead for a retrial of the Lynn case scheduled for May.

The lawyers in the Lynn case are bound by a gag rule nonsensically imposed by the judge, after six years of nonstop local, national and even international publicity of the case.

But the smart money is on a retrial happening in May.

Bergstrom's other option is to appeal Judge Bright's recent ruling denying a defense motion to dismiss a retrial on the grounds of double jeopardy and prosecutorial misconduct. The defense lawyer could appeal Judge Bright's decision to the state Superior Court, which has twice overturned the guilty verdict in the Lynn case in the last four years.

If Bergstrom hits the trifecta in Superior Court, then there wouldn't be any retrial of the Lynn case to worry about. 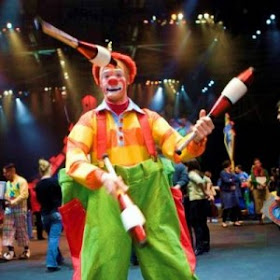 But filing an appeal would mean blowing out the current trial date, and delaying the retrial by a year to 18 months. And Bergstrom has to be concerned about the health of his new star witness, who is recuperating after having undergone a few back surgeries.

Retired Detective Joseph Walsh, the man who led the D.A.'s investigation into allegations of a triple rape claimed by former altar boy Danny Gallagher/AKA "Billy Doe," has come forward to testify about prosecutorial misconduct in the district attorney's office. So who would want to delay that show?

Odds are, when Friday rolls around, Bergstrom will tell the judge that he's going ahead with the schedule as planned. That would mean the lawyers in the Msgr. Lynn case can start picking a jury on May 15th. And start trying the case on May 30th.

A retrial of the Msgr. Lynn case could be highly entertaining for a couple of reasons.

Bergstrom can put Detective Walsh on the witness stand to testify about how he didn't believe Danny Gallagher was telling the truth. And then Walsh can detail all the lies and inconsistencies he caught Gallagher telling him.

When he gets done with that lengthy list, Detective Walsh can testify about how he told the prosecutor in the case that Gallagher's cockamamie story of a triple rape wasn't checking out with anybody, including Gallagher's own mother and older brother. And how Assistant District Attorney Mariana Sorensen responded by allegedly telling Walsh, "You're killing my case."

Our newspaper of record, The Philadelphia Inquirer, which has done a consistently horrible job of reporting on this case, mentioned the other day that the prosecutors have said in court that Sorensen denies ever saying you're killing my case.

But the Inquirer forgot to mention how in court, right after a prosecutor issued that denial, Bergstrom dared the D.A. to put Sorensen on the witness stand at an upcoming hearing, along with Walsh, so that everybody could see which witness was telling the truth.

As cocky as that offer was, you'd have to think that Bergstrom had already scoped out the ponies in this race, and figured out he had the winning horse.

Sure enough, when the day for the hearing rolled around, former Detective Walsh, as promised, got up on the witness stand and told his story. And Mariana Sorensen was nowhere to be found.

If, at trial, the D.A. dares to put Sorensen on the witness stand, Bergstrom can ask Sorensen about the more than 20 factual mistakes in the 2011 grand jury report that she authored. Mistakes that included blatant rewrites of actual grand jury testimony.

Somebody should put Sorensen under oath and make her answer those questions about how she deceived the public. But since her boss at the time, District Attorney Rufus Seth Williams, was busy allegedly taking bribes and extorting people, before he allegedly stole money from his own mother, maybe down at the D.A.'s office, lying in a grand jury report is no big deal.

Keep in mind that Lynn has already served 33 out of 36 months of his minimum sentence, before his conviction was overturned. So the most the D.A. can win is three more months in jail for the defendant. That's what's at stake here, three months in jail. And even if Lynn is convicted again, I can't imagine this judge sending him back to jail for just three months, after all the defendant in this case has been through.

But if M. Teresa Sarmina was still the trial judge, the monsignor would have to have his toothbrush packed.

When the circus comes back to town, the big question is whether the lead clown, Danny Gallagher, will actually dare to show his face again in a Philadelphia courtroom.

Gallagher has already testified before a grand jury and two criminal trials. He was also deposed over two full days in a civil suit that he filed against the Archdiocese of Philadelphia, where he answered numerous questions about discrepancies and contradictions in his many fables by saying he didn't remember more than 130 times.

Gallagher already has collected his pot of gold -- a $5 million civil settlement handed to him by Philadelphia Archbishop Charles "Checkbook Charlie" Chaput. So there's no sane reason for Gallagher to show up in court, to get his brains beat in, and risk being exposed for the total fraud that he is.

Unless Gallagher is the kind of liar who actually believes his own B.S. His former teachers have described him in court as the kind of kid who always wanted to be the center of attention. Maybe in a retrial, logic goes out the window, and Danny Gallagher can't stay away from the spotlight.

Wouldn't that be great? 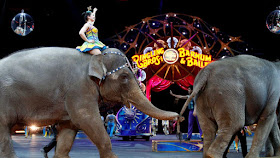 The Inquirer recently reported that at two criminal trials, Gallagher was thoroughly grilled on cross-examination. But the Inky was wrong again on that one. Our paper of record forgot that at the first Msgr. Lynn trial back in 2012, the defense gave Gallagher a pass, and did not ask him one question on cross.

That's because the trial judge, M. Teresa Sarmina, had told Lynn's defense lawyers that if they were going to cross Danny Gallagher, she would allow the prosecutors to drag former priest Edward V. Avery into court wearing his prison jumpsuit. Avery was doing 2 1/2 to 5 years for allegedly raping Gallagher.

But Lynn was convicted on one count of endangering the welfare of a child.

Back in 2012, however, when the case was originally tried, nobody knew the warehouse of information contained in Gallagher's own medical records, and in civil case records, so they could cross-examine Gallagher on all of that.

If Gallagher shows up in court this time around, there will be no mercy on cross. He could be on that witness stand for days if it's done right.

There are also a couple of forensic psychiatrists who examined Gallagher for hours and decided he wasn't credible. They could also turn up as witnesses in the case.

At the retrial, the judge has ruled out letting the prosecution enter Ed Avery's guilty plea as evidence, unless Bergstrom brings it up.

On the supplemental cases of sex abuse, the score has tilted in favor of the defense.

At the original trial, Judge Sarmina let in as evidence 21 supplemental cases of sex abuse dating back to 1948, three years before the 66-year-old Lynn was born, to show a pattern in the archdiocese of covering up sex abuse. The prejudicial effect of all those cases, which essentially boiled down to putting Lynn on trial for the collectives sins of the archdiocese, was the reason why the state Superior Court overturned the Lynn conviction in 2016.

So, on the retrial, the prosecution asked for a dozen supplemental cases to be admitted as evidence. But Judge Bright told the prosecutors she wasn't "in the business of piling on." So the D.A. trimmed their wish list to nine cases.

Judge Bright subsequently did some more trimming. She admitted one supplemental case as evidence, and took three more supplemental cases "under advisement." Meaning whichever way the wind is blowing, those three cases could also come in as trial evidence.

But before we get all excited about a retrial, there's one last shoe to drop in the Danny Gallagher saga.

Any day now, Bochetto & Lentz, the appeal lawyers for Bernie Shero, are going to be filing a request with Judge Ellen Ceisler for a hearing to seek a new trial.

Shero is the former Catholic school teacher who's doing 8 to 16 years for sexually assaulting Gallagher, and Ceisler was the sorry trial judge who blew that case. But Judge Bright has already found evidence of prosecutorial misconduct in the Lynn case. Because the prosecutors did not tell the defense about Detective Walsh's repeated questioning of Gallagher [and his responses or non-responses]. Or about Walsh's conversation with ADA Soresnen, where she allegedly said, "You're killing my case."

None of this new information, which Judge Bright has already ruled are violations of the 1963 landmark case of Brady v. Maryland, was ever divulged to Shero's lawyers in the 2013 trial of Shero before Judge Ceisler.

Keep in mind that Judge Bright has already ruled that the prosecutorial misconduct in the D.A.'s office was serious enough to have warranted a new trial for Lynn, if the state Superior Court hadn't already granted Lynn a new trial. So if Lynn deserves a new trial, Judge Ceisler may decide that Bernie Shero deserves one too.

If Shero gets a new trial, the D.A.'s office will be faced with the time and expense of having to retry two cases with Billy Doe as their now discredited star witness. Maybe at that point, the D.A.'s office may finally opt to do the right thing and fold their tents.

Especially if Rufus Seth Williams finally resigns, or gets hauled out of his office in handcuffs. Or there are so many protests going on about a corrupt D.A. remaining in office that the public embarrassment becomes too much to bear.

Then, the only job left will be the clean up after the circus finally leaves town.
bigtrial.net at 10:46 AM
Share