The Parallels Between The Church And Penn State Sex Scandals

By John Ziegler
for BigTrial.net

Like most readers of this website, I have been following with great interest the tremendous work by Ralph Cipriano exposing the obvious injustice done in one of the major sex abuse cases against the Catholic Church of Philadelphia.

I recently interviewed Cipriano for my podcast and wrote about the “Billy Doe” case for Dan Abrams’ “LawNewz” website. The complete lack of follow up on the most recent bombshells in the story by the news media has been outrageous, however, sadly, it has also not been at all surprising to me.

You see, for over five years now I have effectively been living the same experience as Ralph during my investigation of the so-called “Penn State Scandal” (To be clear, I have no connection to the school and now actually have disdain for the university for how it has actively promoted a horrendous lie in this matter).

These two stories have an enormous number of elements in common. One of the most important is that the news media is so completely invested in their original narrative that they can’t bring themselves to even seriously consider that they completely blew each of the cases, even as the evidence piles up that it is obvious that they did.

Based on my extensive experience reporting on the “Penn State” case, I strongly believe that it greatly mirrors the “Billy Doe”/Monsignor Lynn injustice, only it has been effectively injected with figurative steroids because it provoked the firing (and then death) of legendary football coach Joe Paterno.


There are also several direct connections between the two cases, including the fact that the Philadelphia lawyer for the accuser “Billy Doe” (Danny Gallagher) also made many millions by representing twelve Sandusky accusers, including the first and most important “victim,” Aaron Fisher.

The two cases are also importantly linked in the (barely) subconscious way in which the prosecution, news media, and much of the public, perceived how they happened. There is zero doubt in my mind that had the Catholic Church scandal not exploded exactly when it did, and been such a big story in Pennsylvania, that there never would have been a “Penn State Scandal.”

Because of the Catholic Church abuse cases were still fresh in everyone’s mind when the Sandusky allegations first surfaced in late 2008, before breaking nationally in November of 2011, it was incredibly easy for “Penn State” to be seen as a sick “sequel,” with all of the casting practically ready-made.

Joe Paterno (an Italian Catholic) was the Pope, Sandusky was the pedophile priest, the Penn State administrators were the Cardinals orchestrating the cover-up, and the fanatical Penn State football fans were the parishioners who didn’t want to hear about anything which might negatively impact their sacred religion.

In some ways, these presumptions made sense. However, in this situation they led everyone to a massive rush to judgement which, driven by emotion and not facts/logic, has created a never-ending domino effect of catastrophic injustice.

I fully realize that to people who have only followed the headlines for the past five-plus years they must think that any claim that the “Penn State” case is a myth has to be based in some level of insanity. However, what I have learned that this whole case is the personification of the “Big Lie” theory where the larger the deception, if told over and over, the more likely it is to be believed.

The most amazing thing about this injustice is that it isn’t even a remotely close call and I am absolutely certain that my assessment (which I came to rather slowly, and only after enormous investigation) is correct.

I am hardly the only person to have come to this conclusion, I’m just the only one stupid enough to express it loudly in public so that I can endure the wrath of people who know basically nothing about the facts.

To be very clear, I am NOT a conspiracy theorist. In fact, I despise conspiracy theories. Ironically, the prosecution and the news media are the ones who in the Penn State story believe in a massive, nonsensical, and completely contradictory conspiracy for which there is literally no evidence (when, after eight years of investigation and scrutiny, there should be tons of it).

Here are just some of the questions that those who claim Paterno and Penn State covered up for Sandusky’s crimes simply can’t come close to answering:

If this was a cover-up, why didn’t any of the three previously-respected administrators, despite enormous pressure, flip on each other? Why have most of the major charges against them been dropped? And why have they still not even faced a trial all this time later?

Why was Mike McQueary, a lowly graduate assistant at the time of his report to Paterno, not rewarded with the wide receiver’s coaching job on the staff, which had just opened up only three days before he decided to meet with the head coach (and which he would end up getting three long years later)? Why did he not remotely allege being part of a cover up in his lawsuit against Penn State? How can you have a cover up which doesn’t remotely include/reward the only witness?

How was the top secret government security clearance of former president Graham Spanier (who would have had to have at least approved any cover up) investigated thoroughly by the FBI after the scandal hit and found to be unquestionably worthy of that clearance being fully renewed?

If Paterno was in on a long-time cover up of Sandusky (nonsensically after his assistant coach had already retired) why did he testify to a grand jury in a way which allowed that be perceived?

Why did he, after finding out that Sandusky was under a grand jury investigation (and thus the “cover up” was in the process of crumbling), invite book author Joe Posnanski to shadow him for the ensuing year? How does any of this make a bit of sense, or is it remotely consistent with him being a criminal mastermind?

If Paterno knew, or even suspected, that Sandusky was a pedophile and forced his “retirement” in 1999 (a notion contradicted even by the extremely biased Freeh Report’s findings), then why would Sandusky EVER have been offered the head coaching job at Virginia at the end of 2000 after two very highly publicized interviews?

There were many connections between the staffs at Penn State and Virginia (including Joe’s son Jay, who had been a graduate assistant at Virginia who was married to a UVA alum) and even a whiff of suspicion would have been easily communicated and prevented that from happening, but it was not, because there was none.

If Paterno supposedly was told about Sandusky in the 1970s (as completely unsubstantiated, un-vetted, overtly absurd stories from Penn State’s Sandusky settlements claim) and kept it all to himself for nearly forty years, then why did he bother to immediately report Mike McQueary’s story to his administration in 2001 and voluntarily testify about it a decade later?

The 1970s stories render the media’s current McQueary storyline impossibly insane, and yet they somehow want to accept that both narratives, despite their inherent contradictions, are somehow true, when in reality, neither one is.

If the McQueary episode was so horrific, why did he misremember the date/month/year in which it happened? Why has no one (not even his own father) ever testified that what Mike told them at the time of the episode was worthy of being reported to police? Why did Mike email the Attorney General’s office after Sandusky’s arrest to say that his words in the leaked Grand Jury report were “twisted”? 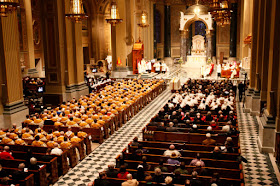 Why did the only person who ever claimed to be the boy in the shower that night go on the record to say (empathically, as a married Marine) numerous times, including on the day Paterno was fired, that Sandusky was the greatest thing that ever happened to him and that McQueary was not telling the truth?

Why did no one ever testify at trial to being the McQueary “victim,” despite it being probably the most publicized case of alleged child sex abuse in the history of the country, if not the world?

Why did the prosecution need to lie to the jury and tell them that the identity of this boy was “known only to God,” when they knew that someone had indeed claimed to be that person, but that they simply didn’t like their story?

If Sandusky himself is so obviously guilty, why, despite no realistic hope of not dying in prison, has he always maintained his innocence (which is extremely rare in similar cases)? Why, when the prosecution theory of the case included him naming his book “Touched” because he wanted to get caught, has he (despite my own best efforts in prison, as guided by former FBI profiler Jim Clemente, to provoke it) never confessed?

Why, despite years of exhaustive investigations has there never been even ONE shred of pornography connected to him (which is seemingly impossible in a case like this, especially while there has been pornography found in the email of the prosecutors and the investigators), or any other direct evidence of abuse? 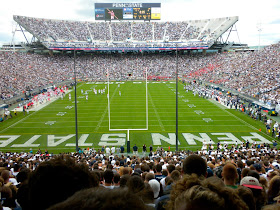 Why did not one accuser of any kind produce even the slightest bit of evidence that they ever told anyone at all about this before Penn State very publicly put $100 million on the table?

Why have twelve people extremely close to “Victim 1” Aaron Fisher (the only accuser in the case for two years, and the only trial accuser to make himself known publicly) told me on the record, against their self-interest, that they don’t believe Fisher was abused by Sandusky?

In many ways this case is far too complex to deal with adequately in one column. What I have discussed here is merely the tip of the metaphorical iceberg. The bottom line is that, just like with the “Billy Doe” case, what the general public has been told about the entire Penn State story is a myth. The truth is both far more intersting and, in some ways, even more disturbing.

John Ziegler is a columnist for “Mediaite,” hosts a weekly podcast focusing on news media issues, is documentary filmmaker and runs the website www.FramingPaterno.com. You can follow him on Twitter at @ZigManFreud  or email him at johnz@mediaite.com
bigtrial.net at 1:23 PM
Share